They’re all sent by a handful of recently created accounts.

Should there be an admin approval system for first posts, or something similar to slow down such attempts?

Edit 2: The brigaders are coming from /pol/ as found by @gun@lemmy.ml

Pretty sure those are all alts of same person

Btw, is there a rate limit for reporting posts? It occasionally shows the error: “Couldn’t create report.” when reporting them.

You’re doing that too much. Please complain again in 5 minutes.

I think we had that question before and maybe it was because it already had been reported by you? Maybe it sends twice or sth like that

Could they anyhow be connected with previous wave of antivaxxers? 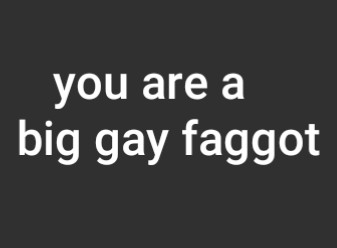 Hands up for the gays🙌

IMO Karma is a feature that just encouraged karma farming and selling accounts. As of now on Lemmy, there is no such incentive so if someone is going to troll it’s of their own accord. Every social media has this whether karma is there or not. All Karma does is alienate new users who would like to participate in the community they want, but they would just leave because they have to win enough internet points to talk about what they want.

I wouldn’t mind having to fill some security steps to make an account, but there’s no true way to stop people from being trolls.

I do see Karma helping to prevent someone from trolling straight away after getting banned, but ultimately they’re still going to troll if they’re that dedicated to it.

How do you get karma without posting?

What makes you say that? 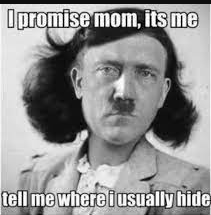 Another common tactic subreddits use is to shadow ban users with negative karma. That could be an option as well.

Why does this upset you? Use your words, change my mind.

Shadowbans require constant moderation and can easily be abused by ‘powermods’ to silence objective opinions.

That’s one of the reasons reddit is so awful.

All of these communities have mods that can do the exact same thing. I’m not sure why you think it’s any different here. Kinda hypocritical since you literally just called for people to use the report button, which is * taps sign * constant moderation.

Perhaps have a rule of presenting oneself before being allowed to post anything could filter them away.

And you’re giving them the outrage they crave. Grow the fuck up and use the report button.

Imagine being mad at people for talking about an issue lmao.

Its a tale as old as the internet, especially with rightoids and low effort trolls. They have no real ideology of their own so they compensate by attacking anything else they may consider counter to their ideals which they have none of. That makes it extremely easy to push them towards attacking those someone with actual fascist ideals wants to silence (literal psyops).

Anyway, these front line psyopped trolls feed off the outrage of their targeted audience and get off on it. That’s what the majority of these trolls are after and will eventually give up unless you take the bait, which many here seem to have done. In their eyes they are succeeding by wasting your time by arguing with them instead of doing something constructive with your time.

Schools should have some kind of trolling awareness education because apparently even after decades of this shit, people still fall for it.

Edit: having said all that, I believe the word filter here also feeds into their delusions of success by overcoming it with an infinite number of obvious ways.

Feeding it would be engaging with the trolls. This post is just talking about the issue.

Everything about Lemmy; bugs, gripes, praises, and advocacy.