They seem to have a soft spot for lolicon, which is gross regardless of legality. Users have the right to not see child fetish art on their timeline.

Me 10 months ago. According to your standards, it looks like a couple of my reply guys might be the groomers, given how hard they argued against me. But sure, go ahead and make yourself look like an idiot.

The context understander has logged on. Imagine living under a rock so long you don’t understand that conservatives call lgbt people ‘groomers’ on the regular. 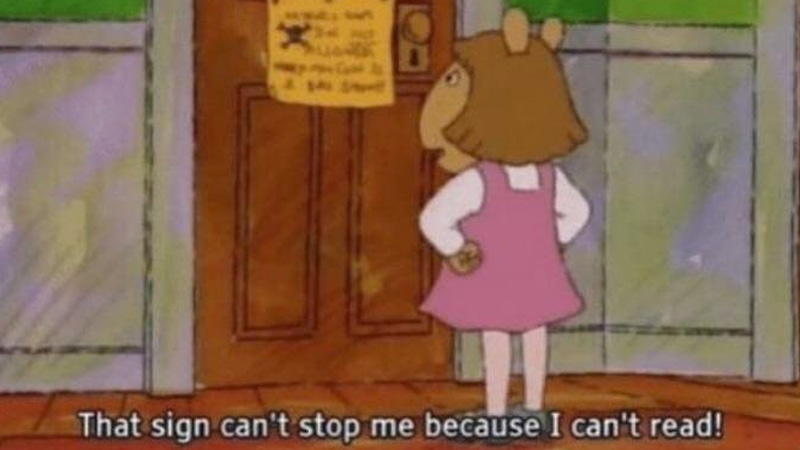 Depicting someone as having two moms is indoctrination, apparently

That’s not even everything, that’s just the easy to parse obvious stuff. I need to take a shower.

Yeah, if he’s going to allow open transphobia on here, I’m just going to warn queer people to stay away. I don’t want them to get hurt. 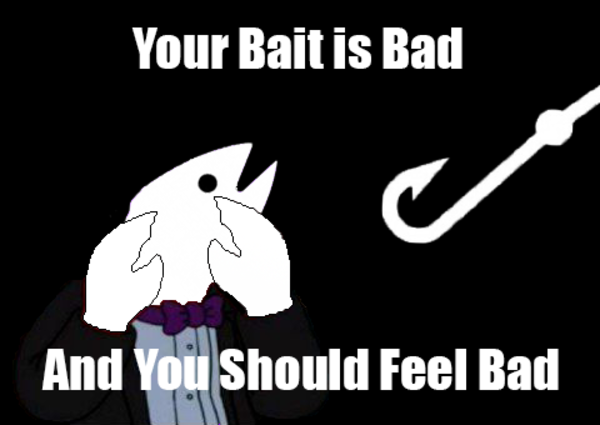 I have literally linked to where the guy is being racist and seanchai has quoted his homophobic and transphobic remarks. It’s plain as day. I’m calling this shit out because it makes me feel unsafe to be here as a queer person.

Also, how do you not know what a dogwhistle is?

If you promote racist content you get banned, end of story. I literally pointed out a meme that’s racist against black people and latinos. I literally pointed to a thread where they’re disappointed reddit won’t let them call me and people like me a “groomer”. Do you not think the rhetoric will get worse if you let it spread?

Do you think I’m a groomer @nutomic@lemmy.ml ? Do you think that I want to sit at the same table as a guy who advertises that he thinks I’m a smoothbrain? I’ve done this song and dance before. If you let wolfballs stay you will invite ruin on this place and you will have no one to blame but yourself. This isn’t about fairness. It’s about survival.

I respected you as a dev, but this is where I draw the line, when you see some stupid ideal as more important than my humanity.

@Awoo@lemmy.ml can you please explain to this man what a wrecker is? He’s either being naive or is cryptofash himself and I’m running out of patience.

Man, you are like a beacon of red flags. 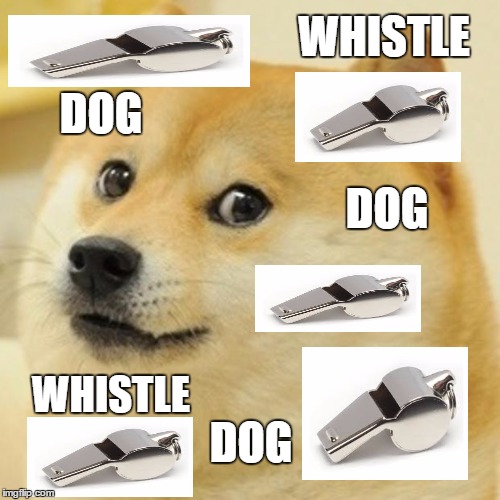 I don’t need to argue anything. Fuck fascists. If you’re an ML like you’ve stated in the past, you know why and don’t need me to explain to you why fascism is unacceptable and how they leverage liberal discourse to gain footing.

If you enable fascists to speak then what do you even stand for?

To let things slide for the sake of peace and friendship when a person has clearly gone wrong, and refrain from principled argument because he is an old acquaintance, a fellow townsman, a schoolmate, a close friend, a loved one, an old colleague or old subordinate. Or to touch on the matter lightly instead of going into it thoroughly, so as to keep on good terms. The result is that both the organization and the individual are harmed. This is one type of liberalism.

To hear incorrect views without rebutting them and even to hear counter-revolutionary remarks without reporting them, but instead to take them calmly as if nothing had happened. This is a sixth type.

I don’t claim to be unbiased. I don’t claim to be fair. Because being unbiased and fair is for people who don’t have to worry about their own survival. LGBT people have already learned this lesson when we’ve been hunted down in the past. You gotta nip this shit in the bud before it takes root.

If you make this place a safe haven for these people, then it’s not safe for me or people like me, and I will treat it like radioactive waste.

They’re the wolfballs admin, what’s not to get? Don’t be a lib.

image
Because I've had to answer posts about this twice in two days, I'm going to turn this comment into a full post because men stop making excuses for chauvinism challenge. Performance and attainment in education and career paths have very little to do with gender differences. Studies attempting to link learning ability to biology get mired in extraneous social variables. Wheras studies that isolate the socialization of gender as a factor have much more consistent results: - [Female In-Class Participation and Performance Increase with More Female Peers and/or a Female Instructor in Life Sciences Courses](https://www.lifescied.org/doi/10.1187/cbe.19-12-0266) - [Academic performance and single-sex schooling: Evidence from a natural experiment in Switzerland](https://www.sciencedirect.com/science/article/abs/pii/S0167268114002236) - [PDF - Ajai, J.T. & Imoko, I.I. (2015). Gender differences in mathematics achievement and retention scores: A case of problem-based learning method. International Journal of Research in Education and Science (IJRES), 1(1), 45- 50.](https://files.eric.ed.gov/fulltext/EJ1105194.pdf) - [PDF - Group Work in the Science Classroom: How Gender Composition May Affect Individual Performance](https://web.education.wisc.edu/ildl/wp-content/uploads/sites/8/2017/07/Gnesdilow_etal_2013_CSCL.pdf) - [Gender Gap in Science, Technology, Engineering, and Mathematics (STEM): Current Knowledge, Implications for Practice, Policy, and Future Directions](https://www.ncbi.nlm.nih.gov/pmc/articles/PMC5404748/) > In an attempt to explain the link between gender and cognitive performance, research has examined the potential contributions of biology and environment. Although studies have examined whether biological factors such as testosterone exposure and greater brain lateralization are linked to superior mathematical reasoning and reduced verbal ability among males, **findings have been inconclusive** (Miller and Halpern 2014; Valla and Ceci 2011). **Contrasting this are the more consistent findings of the sociocultural impact on gender differences in quantitative and verbal reasoning.** Enriched STEM-related learning experiences predict notable STEM accomplishments even among mathematically gifted individuals (Wai et al. 2010). Additionally, parents may shape children’s math expectancies and performance by communicating their own gender-biased beliefs about how girls and boys should perform in math. For example, research has found that parents with stronger gender-math stereotype beliefs (e.g., beliefs that boys are better at math than girls and find math more useful and more important than girls) had higher perceptions of math ability for their sons and lower perceptions of math ability for their daughters. These parental beliefs, in turn, were positively associated with children’s own math ability beliefs (Jacobs and Eccles 1992; Tiedemann 2000a; b). > **In addition, several cross-national studies indicate that greater cultural inequities between males and females are associated with larger gaps in mathematical performance favoring males** (Else-Quest et al. 2010). Specifically, nations with higher proportions of women enrolled in postsecondary science courses and employed in science careers are less likely to explicitly endorse the stereotype that science is a masculine profession (Miller et al. 2015). These cultural values and beliefs about male/female abilities and roles are communicated to children through prominent adult figures. For example, **a meta-analysis found that parental gender stereotypes reflecting male/female roles, interests, and abilities were linked to children’s gender schemas about others and their attitudes about gender occupational roles** (Tenenbaum and Leaper 2002). Similar to the sex differences in math performance favoring boys, sex differences in verbal performance favoring girls may be partially derived from parental socialization at young ages. For example, research found that mothers talked more and used more supportive speech with their daughters than their sons (Leaper et al. 1998). In another study using nationally representative data, parents spent more time teaching girls verbal activities, such as reading and storytelling (Baker and Milligan 2013): some of these differences emerged in early childhood and persisted into elementary school. Although these studies did not link these socialization differences directly to cognitive performance, these differential experiences for boys and girls may partially explain why girls are more likely to outperform boys on standardized tests of verbal ability. Therefore, while biological factors cannot be definitively dismissed, **sociocultural influences appear more likely to impact gender differences in cognitive ability.** [Article about Lyndsey Scott, the girl in the pic.](https://indianexpress.com/article/trending/trending-globally/lyndsey-scott-model-programmer-trolled-comeback-5352379/)
fedilink
11
image

It's me, the average fedi user.

It's me, the average fedi user.

Hi, so I swear I've seen discussions about personal word filters on here, and I thought Dess and Nutomic confirmed that this was in the works. But I can't find the post (I could just be losing my mind, lol). This is unrelated to the slur filter. Is there going to be a feature where you can go into your profile, add a word to a list, and then all posts containing that word will be filtered from your own view of the TL?
fedilink
6
message-square

So I've seen spam posts make it close to the top of the federated TL recently. It got me to look into the modlog and it seems that the vast majority of removed posts are straight up advertising spam, usually multiple per day. I've seen this sort of thing go unchecked and take over Plume and Write.as servers. Does Lemmy have any mechanisms to keep this contained? I know a traditional method is to only allow users to post after they've made a few comments first. I could also be overreacting?
fedilink
8
message-square