Anthropologists and ethnomusicologists assert that there is no society without song, and more specifically, there is no ritual or celebration without accompanying sound. The production of sounds in social contexts is very ancient. Here, we report on the study of a seashell from the decorated cave of Marsoulas and demonstrate that the Magdalenian occupants of this site transformed this shell into a wind instrument. It is one of the very rare examples, if not the only one for the Paleolithic period, of a musical instrument fashioned from a large shell, and the first conch shell of this use thus far discovered. We already know that prehistoric people transformed many shells into portable ornaments and that they thus attributed substantial corporal symbolism to them. This seashell horn, with its unique sonority, both deep and strong with an enduring reverberation, sheds light on a musical dimension until now unknown in the context of Upper Paleolithic societies. 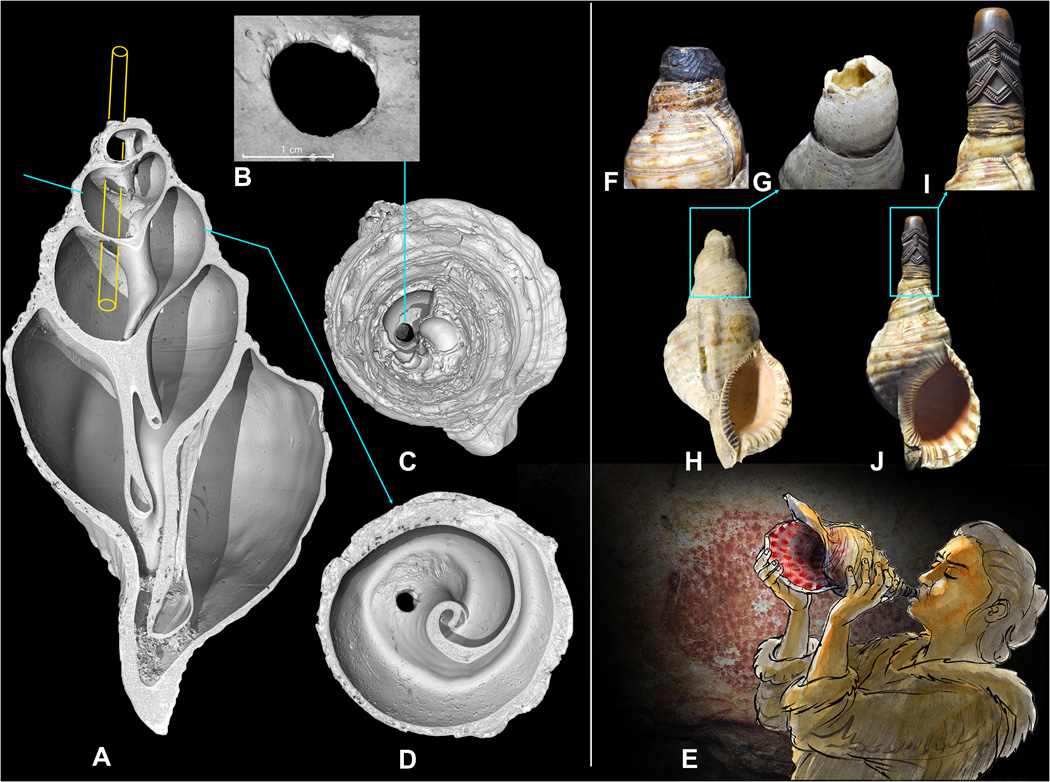 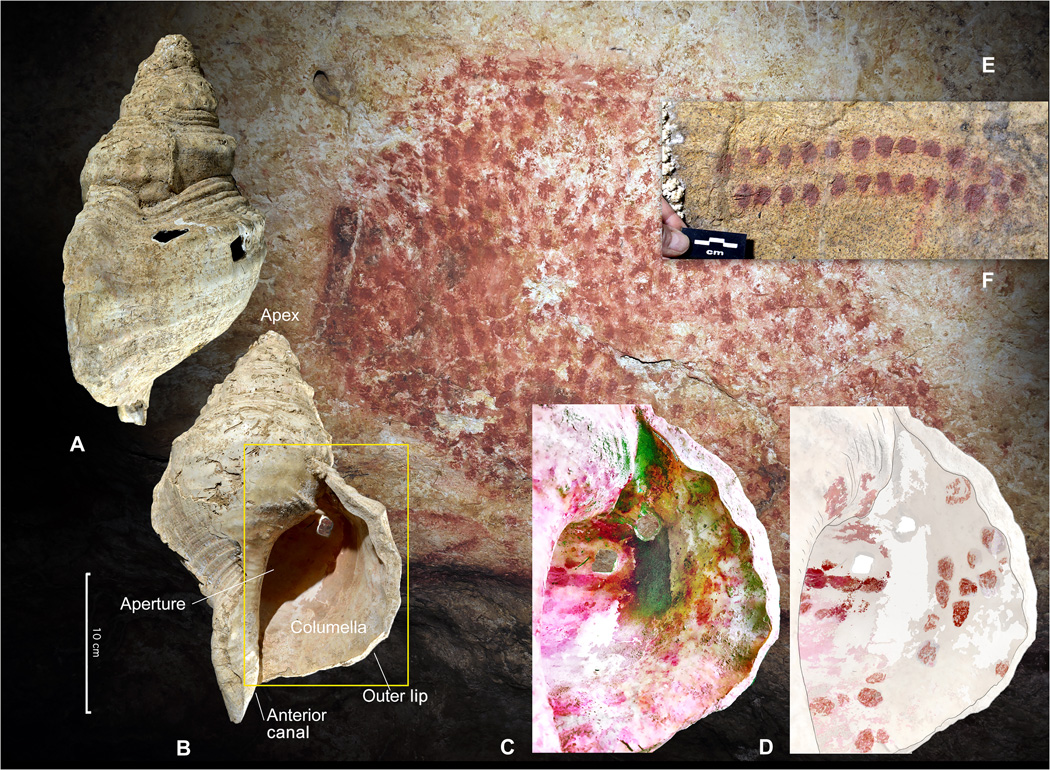