I am glad that this was said. Insults should not be welcome in any community, both in Lemmy and Lemmygrad, because if any discussion is made in good-faith, insults are never needed. And by good-faith I mean giving well thought answers, being able to defend your points and consider one’s arguments and reconsider your own. Above all, there should be freedom of criticism, not freedom of cursing. But if you cannot defend your point, you should expect to be attacked.

In respect to those with a liberal tendency, I don’t blame the political inconsistency on yourselves, hence why I think this is outside the scope of the administration any public statement on this, but I will personally state that liberals should reconsider their attitude on communism. Liberals should at least have an open-minded attitude towards communism because think about how many books have you read on that subject, on how communists understand the capitalist society, how they perceive the historical role of the people, and what they are trying to achieve. How much do you know about communism and its history, really?

Being skeptical about everything should not only be welcome, but actually encouraged as well. But what most liberals (and people influenced by liberalism, knowingly or not) in fact do is deny communism altogether, not being skeptical about it. They do not engage with communist ideas, and proceed to attack communism, even if they are completely unaware what is it about. This is fanatical liberal dogmatism, not actual intellectual engagement.

But again, I don’t blame liberals for their own incoherence. Their thinking is a product of a historical period, like every generation, and like communists as well who are also a product of the same historical period. The base framework for communism is Marxism, and very briefly, Marxism is a critique of capitalism based on a scientific methodological approach to the analysis of society and its mode of production. It wouldn’t be much of a stretch to say everyone in the world lives in a capitalist economy. So of course Marxism, the philosophical, political and economical framework which investigates capitalism through a scientific method, would be the target of the most vicious attacks by those who benefit directly from capitalism, i.e., the bourgeoisie, through every possible means (propaganda). It’s also the reason why Marxism continues to be a relevant and influential theory worldwide, but by definition it is an unfinished and constantly evolving theory.

So in short, everyone is free to criticize Marxism and communism based on what they understand by it, and everyone should be open to be criticized, but insults should never be allowed, and we should always be humble on what we don’t know, instead of attacking others based on ignorance.

I’m kinda surprised how much lemmygrad antagonizes themselves with their brothers on the left.

If you read the post which this one responds to, you can see the user has a lot of “baggage” behind their post. At this point, no leftist can consider them a “brother”, and it’s meaningless to call itself a leftist while parroting the talking points of the US State Department. What does it even mean to be a leftist?

C’mon, people, if there are your potential supporters, they are here. You don’t gain followers with harassment. This toxicity is totally counter productive here even for your own cause.

What toxicity? My post actually considered what the user wrote in good faith, and I responded in good faith. I didn’t insult them, I carefully explained why their assumptions were wrong in the specific example of China. But I could go on into the original verborrhage of the user, which equated the USSR with Nazi Germany, denied NATO expansion, claimed Taiwan as an independent country (which the majority of countries of the world do not recognize), claimed it had “concentration camps” and so on.

In their post, they called people who are sympathetic to China and the USSR “fascistic and ignorant”, and you are complaining about toxicity when I respond to them not even insulting them once?

Because the user posted their question here. If you read their post, you can clearly see they didn’t have an intent in asking a question either, they just blurted out common talking points about the USSR and PRC we see from Western countries, so I made this one in response, in the same place.

This isn’t about any utopia, it’s about objective truth. There are many criticisms to be made of the USSR and China, but if your criticism is based on falsehoods and propaganda, you are far from understanding anything.

If the intent of the bot is to fight disinformation, I think this is pretty spot on

I posted a response to user @goosefetisch@lemmy.ml here because they deleted their post after a deserved backlash from the Lemmy community. I didn’t want to discard the effort in compiling this information, so I thought I’d post it here.

> Why do I feel like so many people here support the USSR and the CCP? Because most people here actually study the subject instead of relying on false narratives of the Western media. >Again, don’t get me wrong I don’t think the west is immune from any of this (and in fact I think there is a lack of criticism of the west), but anyone who claims the west is evil while simultaneously glorifying countries that implement concentration camps comes off as fascistic and ignorant. You say that the West is not immune from any of the stuff you've mentioned, but your narrative relies on the falsehoods created by Western media. By doing this, you are uncritically glorifying the Western narrative and ignoring how these countries understand the issues you've mentioned. For instance, this is a list of countries which approve or disapprove of China's Xinjiang policies: ![](https://lemmy.ml/pictrs/image/a4576d4d-9f0c-43dc-b8fd-1b4cd9689cbf.png) Notice how the countries which disapprove is basically countries traditionally associated with Western hegemony. It's the basically the [Always the Same Map meme](https://lemmy.ml/c/alwaysthesamemap@lemmygrad.ml) incarnated. The countries which approve of China's Xinjiang policies includes countries with a Muslim majority. Do a research on *why* China adopted the re-education programs in the first place. Xinjiang was filled with terrorist attacks by Islamic extremists, and they were hurting the Uyghur population in the process. China's policies of re-education actually reduced the terrorist attacks and protected the Uyghur people. The Western narrative calls them "concentration camps", but they are places with schools, art and dancing classes, where the Uyghur culture is actually promoted. They also learn about the country's laws and ethical conduct. The people who are admitted to these centres are associated with extremism, and therefore they are restricted of movement, but once they go through the process of education, they are free and even receive incentive from the government to create their own shops and businesses. This is a quote from the [document](https://www.oic-oci.org/docdown/?docID=4447&refID=1250) created by the Organization of Islamic Cooperation: > *Having considered the Report of the Secretary-General on the Situation of Muslim Communities and Minorities (Document No. OIC/CFM-46/2018/MM/SG.REP): (...)\ \ Welcomes the outcomes of the visit conducted by the General Secretariat's delegation upon invitation from the People's Republic of China; commends the efforts of the People's Republic of China in providing care to its Muslim citizens; and looks forward to further cooperation between the OIC and the People's Republic of China.* This is only an example of how your narrative is filled with Western narratives, falsehoods and outright propaganda. You call yourself an anarchist, but you parrot very obediently your government's narrative on China and the USSR. To go against the Western narrative is to research and inquiry objectively what these countries are doing, instead of relying on what you see on Western media (which includes Reddit, Twitter, Facebook, etc.). People here on Lemmy and Lemmygrad reject these views because most people here actually ***STUDY*** and ***RESEARCH*** on those topics. What about you? What sources do you use for your claims? Let's check: * Wikipedia From 2001 to 2010, [80% of edits on Wikipedia were made by 1% of editors/writers](https://www.purdue.edu/newsroom/releases/2017/Q4/results-of-wikipedia-study-may-surprise.html). It's far from the "decentralized peer-produce" ideal that it markets itself as. Various analysis on the source of these edits have found that their IPs are linked to several US state organizations, such as the [CIA](https://www.wired.com/2007/08/wiki-tracker/), [New York Police Department](https://www.huffpost.com/entry/nypd-wikipedia-edits-punishment_n_6880020), along with [government](https://www.dailydot.com/debug/wikipedia-kazakhstan-dictatorship/) and [corporate interests](https://www.cnet.com/tech/services-and-software/bp-accused-of-rewriting-environmental-record-on-wikipedia/). There is even [a company which offers Wikipedia edits](https://whitehatwiki.com/), and they are hired by several corporate industries, including [Facebook](https://www.huffpost.com/entry/wikipedia-paid-editing-pr-facebook-nbc-axios_n_5c63321be4b03de942967225) and billionaire groups which [hire PR firms to whitewash certain articles](https://thinkprogress.org/koch-industries-employs-pr-firm-to-airbrush-wikipedia-gets-banned-for-unethical-sock-puppets-6570bbd615bd/). They have [arbitrarily removed a community-elected member of Wikimedia](https://www.theregister.com/2016/01/12/wikimedia_dumps_elected_trustee/) and at the same time raised to the position of CEO and executive director (2019–2021) of Wikimedia Foundation a person called Katherine Maher, which had links to the US State Department and several corporate interests, such as HSBC bank, and has shady background in the Middle East. More info on her [here](https://thegrayzone.com/2020/06/11/meet-wikipedias-ayn-rand-loving-founder-and-wikimedia-foundations-regime-change-operative-ceo/). You can see why a country would ban the Wikimedia Foundation. * ASIA MEDIA According to its [own website](https://asiamedia.lmu.edu/about/): > *ASIA MEDIA (and later ASIA PACIFIC ARTS) arose in 1998 from the nonprofit Asia Pacific Media Network (APMN) at the University of California, Los Angeles. It was created by founder Tom Plate, then a fulltime Adjunct Professor in Communication Studies and in Policy Studies, and by his UCLA students.* Interesting how *Asia* media is located in Los Angeles, California, United States of America. * The Independent According to the Independent itself, it is associated with liberalism: > *In fact, The Independent always shared some of Mr Blair’s political blend of **social and economic liberalism**, but, true to our approach, we could never unconditionally endorse him or his party.* There will be an obvious bias towards countries which do not follow liberal (bourgeois) democracy, and therefore, you should never expect it to have an objective portrayal of China. #### In conclusion > but anyone who claims the west is evil while simultaneously glorifying countries that implement concentration camps comes off as fascistic and ignorant. By glorifying the narratives of Western imperialist countries, your "anarchism" comes off as fascistic and ignorant. The fact that you repudiate China's sovereignty over Taiwan is an example of this. The only reason Taiwan suddenly became an issue after 2010's is because the US has interests over the island and manipulate the people through their propaganda machine to make them believe they are fighting for a just cause, over "democracy" and "human rights". The United States of America has killed millions of people under the banner of "democracy" and "human rights". Don't be fooled by that.
fedilink
14
external-link

[Hexbear](https://www.hexbear.net/) has a bit over 20 thousand users, similar to Lemmy. Both Lemmy and Hexbear would benefit from federation. So, what's missing?
fedilink
18
message-square

In a capitalist system, where labor is a commodity bought by employers, it will tend to have unemployment. Unemployment is extremely useful for capitalists primarily because it drives the prices of labor down, because unemployed people will be more desperate for a job and accept lower wages, and also it leaves a larger pool of labor to be employed anytime needed.

There’s nothing natural about unemployment. It’s a state policy to leave a high percentage of the people unemployed, and it only benefits corporate interests.

The Roman Empire also thought it would be eternal 😉

or the bourgeois scum that control it

What's the difference between "ban" and "ban from site"?

When admins are removing content, they are presented these two options. What are difference between those?
fedilink
3
message-square

What's the difference between "ban" and "ban from site"? 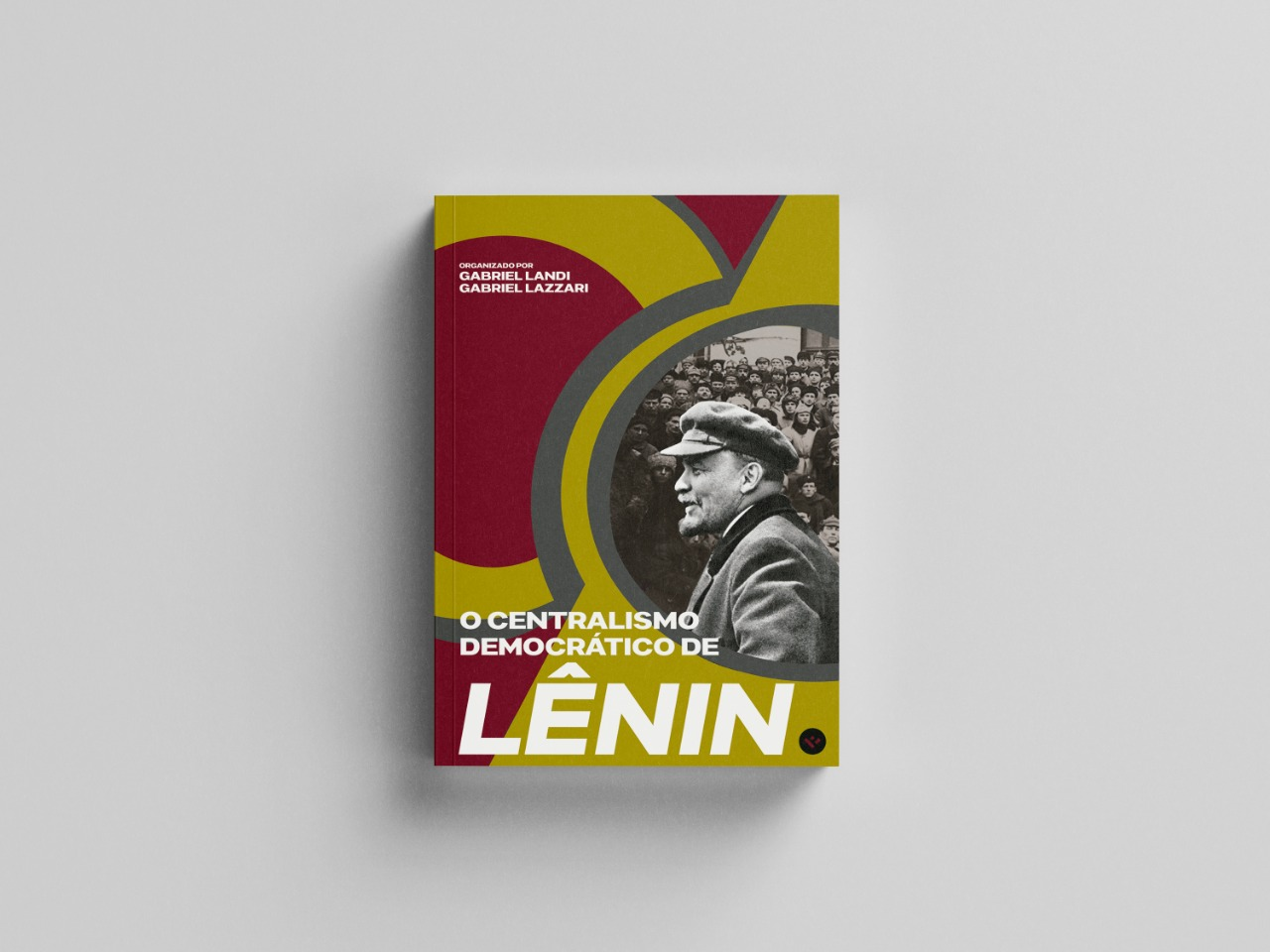